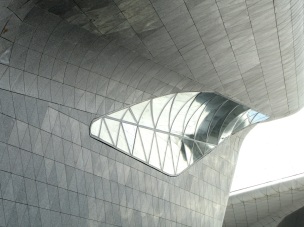 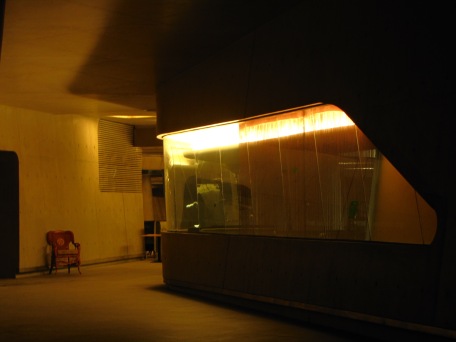 When the infamous row over her Cardiff Bay Opera House project was raging, I’d never heard of Zaha Hadid. Admittedly I wasn’t too enthralled with her design either. It was 1995 and Hadid’s prize winning work was poorly received and eventually shelved.

It seemed insular of Wales to choose one of its own architects (Jonathan Adams) yet in this case the right one. Hadid was not yet designing what would become her architectural trademark, or so it seemed to me but what did a poetry writing design student know?

Fast forward 20 years to my teaching years and my joke to an architect turned teacher that Hadid probably hated us Welsh wasn’t lost and who could blame her? It was nothing less than a media witch hunt mired by a shambolic process. While Cardiff’s Zaha option was lost to what might have been, Guangzhou’s was fully realised.

Perched opposite the library and Guangdong Museum – themselves striking – the Opera House is a bonafide highlight of Zhujiang New Town. The edifice is exactly what many envisage when they cast their thoughts on the work of the anglo-Iraqi architect.

An otherworldly blob assimilating putty thrown from another dimension, cut open by a band of glass and embellished into the double pebble formation it became. It feels like you’re living in the future when you see it and walk amid its darker cavities.

Then fast forward to a year that has hitherto been shocking in its scope of departing talent. The year that has seen the end of many astonishing careers and visual minds from music, comedy and now architecture. She was truly unique in her field.